Kepler Vision Technologies is the producer of the world’s first-ever body language recognition software. Based in the Netherlands and founded as a spinoff of the University of Amsterdam, the company develops its technology in response to the world’s aging population and people’s desire to live independently for as long as possible.

The Kepler Vision software monitors video and has the unique ability to recognize body movements and actions – detecting if someone has suffered a fall or becomes distressed, for example – so that medical attention can be facilitated as needed.

The company knows that better code means better business and puts code quality at the center of its development practices. And that’s a rarity in the machine learning industry, where software quality has long been an issue.

Harro Stokman, founder and CEO of Kepler Vision Technologies, knew that the ISO 25010 Trusted Product Maintainability certificate would serve as a valuable differentiator for his company’s software. In 2019 he turned to SIG for the company’s first certificate, as it’s the only organization in the world accredited by the issuing body TÜViT to evaluate software systems for the certification. Stokman decided to obtain a second certificate in 2021.

Kepler Vision Technologies was looking for:

SIG evaluated the technical quality of the source code of the Kepler Vision Engine, as required by TÜViT before issuing the certificate. The SIG consultants drew the following conclusions, just as they did during the 2019 certification process:

Based on SIG’s findings, TÜViT awarded Kepler Vision Technologies with the ISO 25010 Trusted Product Maintainability certificate for the second time. The certificate is available on the TÜViT website here.

“Adhering to our code quality standards greatly helped us in developing our embedded vision software for edge devices. Our second TÜViT certificate is the proof we did it right. This validation of quality by SIG, an independent third party, boosts the morale of the Kepler Vision team, especially in times of corona.” 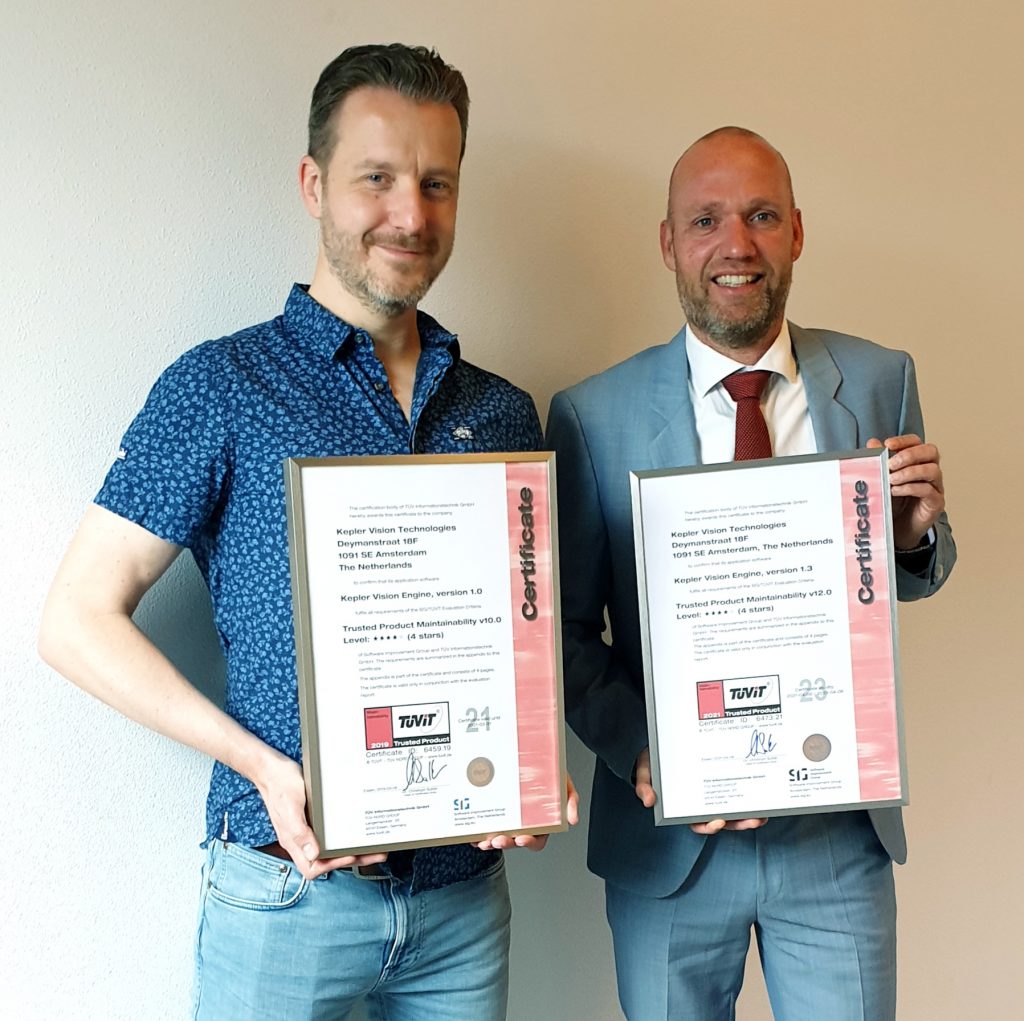